The memory foam mattress has become quite popular, offering greater support and comfort than traditional innerspring mattresses, however you may not know that the chemicals they are made with could cause health problems for some.

There is still not enough research and study on the long-term effects of sleeping on a memory foam mattress, however there are plenty of reports of individuals who developed severe symptoms after sleeping on memory foam.

I recommend that you educate yourself about this before purchasing a memory foam mattress. Although many people have no problems with them initially, we don't yet know the long-term effects.

Memory foam was first developed by NASA in the mid 1960s, but it was not until the early 1990s that it became commercially available to the world.

As the cost of production decreased, memory foam became available for everyday households in mattresses, pillows and neck supports. It caught on quickly for several reasons.

When it is cool, memory foam is stiffer and more rigid, but with body heat the foam becomes more pliable and molds itself to the shape of a persons body.

Mattresses made of memory foam are generally heavier but more supportive than standard mattresses. The amount of memory foam used in the construction of different models and brands of mattress ultimately affects the quality and lifespan of the mattress.

It's surprising that people still invest in these mattresses given that the best quality mattresses made with memory foam tend to be much more expensive than the traditional options.

Some people absolutely love using memory foam, as it conforms to the body and is excellent for relieving pressure points and for those with bad backs.

What Are Some of the Concerns About Memory Foam Mattresses?

There are some concerns over flammability, respiratory irritation and odors with these types of mattresses. The chemicals used in manufacturing may be causing health challenges for some people, based on many reports of people sleeping on the mattress and then developing symptoms.

If you have any kind of chemical sensitivity or sensitivity to fragrances, or compromised immune functioning, you would do better to choose a type of mattress that has fewer health concerns associated with it.

Also, it is not recommended to use memory foam as a bedding mattress for toddlers and babies, because it can be more difficult for young children to turn over with memory foam. It should never be used with infants as they could sink their face into the memory foam and suffocate because they don't yet have the strength to push themselves over to safety.

The Bad News - A Memory Foam Mattress is 100% Synthetic Chemicals

Memory foam is manufactured from an elastic polyurethane foam called polyurethane elastometric. Polyurethane is a petroleum product used in many types of mattresses and furniture, and it is combined with Toluene Diisocyanate (TDI) to make the memory foam.

Athough some manufacturers claim to make memory foam mattresses that are less hazardous; for example, mattresses made from memory foam that do not contain formaldehyde, PBDE´s, CFC's, heavy metals, pthalates, mercury, or VOC's, the truth is that they still are manufactured from synthetic chemicals.

TDI is what gives the memory foam its strong chemical smell, and from my initial research on this chemical, it isn't anything I would want to sleep with! Just take a look at some of the research on Toluene Diisocyanate and I'm guessing you may decide fairly quickly that this isn't a chemical you want to be around at all.

Dangers of TDI or Toluene Diisocyanate

It's also highly recommended that TDI stored in containers not come into contact with water because if it does, the chemical reaction could cause the container to explode. Do you sweat during the night? I'm not suggesting you should fear an explosion, but it's scary to think about this chemical in your mattress, isn't it?

Did you ever wonder what makes memory foam have memory? It is TDI combined with a chemical called Polyol. If you have ever opened a memory foam product and wondered what that acrid smell is, that's the result of the TDI – classified as an aromatic hydrocarbon. It leaks its toxic fumes into your breathing air.

Think about it – if you're sleeping on a memory foam mattress, you are breathing in TDI every night for as long as you are in bed, which could be 6 hours or 12 hours.

What Has Changed in Mattress Manufacturing?

It's only been within the last 45 to 50 years that mattress manufacturers have begun using synthetic compounds and chemicals to create mattresses. Prior to that time, mattresses were manufactured from natural fibers and materials, which meant those products were a lot safer to sleep on for the life of the mattress.

What do they use to make mattresses today?

Don't you just want to curl up and snuggle down into your mattress now? It's probably not so inviting just now…is it?

Why Do The Mattress Materials Matter?

Research is indicating that people who sleep on memory foam mattresses or mattresses that have memory foam layers or toppers are experiencing serious health issues or complications that they didn't have or experience prior to sleeping on this type of surface.

They've discovered that any chemical or substance used to manufacture a mattress is leaking out into the air and then those toxins and chemicals are breathed into the body. The process by which this happens is called out-gassing. It means that the toxins are constantly released into your breathing air and your body takes the brunt of the damage caused by these toxins.

What happens then? Long-term exposure to any toxin or chemical causes health issues – that's a fact. Health issues arise for many people after they have slept on a memory foam mattress or a bed that has memory foam layers or even a topper or pillow made from memory foam.

Startling and Little Known Facts About Chemicals in Mattresses

There was a study conducted by the Environmental Working Group on the cord blood of newborn babies. Do you know what they discovered? They discovered the following in the 10 newborn babies they tested: an average of 200 pollutants, industrial compounds, and other toxic chemicals. Can you imagine?

Where did these toxins and chemicals come from? They attributed them to fire retardants used on a wide range of products for the home. Guess what is used on every mattress to inhibit it from catching fire? Yes, even crib mattresses, unless you buy organic, are treated with heavy toxins called flame retardant. Do we have your attention?

Another study conducted by Julius H. Anderson and Rosalind C. Anderson revealed that mice who breathed the chemicals out-gassing from crib mattresses developed some interesting symptoms or health issues.

Did you also know that there are, in one single memory foam mattress, an average of 61 chemicals? Those chemicals or toxins are leeching into your body every single night and will most likely cause long term or even short term health problems.

Here is what actual people have said about their health after sleeping on a memory foam mattress, topper, pad or pillow.

There is so much information on memory foam that isn't readily available unless you go looking for it! Please, do the research on this important topic before making the decision for any type of memory foam product.

My personal choice (having survived several back injuries) is a natural latex mattress, which is very supportive for a bad back, and does not emit a toxic or chemical smell.

Latex mattresses are more expensive but are well worth the relief to sleep on a chemical free surface that supports your spine without the dangers associated with memory foam.

What is your own experience with memory foam as a mattress? We would be delighted for your comments and opinions to share with our website visitors.You can add your opinion using the contact form below.

What do you Think About Memory Foam Mattresses?

What is your experience with memory foam mattresses? Do you have any health concerns when using them? Tell us what you think.

What Other Visitors Have Said

Click below to see contributions from other visitors to this page...

Apparently the idea that old things are really valuable will not apply in the mattresses world, as the new technology with memory foam is ready to create …

Memory Foam Has Too Many Chemicals Not rated yet
Some people don't mind the smell of a memory foam mattress, but I find the chemicals are just too much for me. It really smells, and hurts my lungs. … 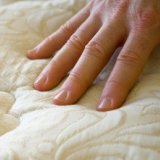 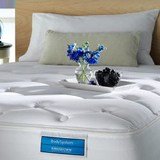 Help us to spread the word!

Simply copy and paste this code into your Facebook page or blog. Thank you for sharing!

Is the Tempur Pedic Foam Mattress Worth the Cost?